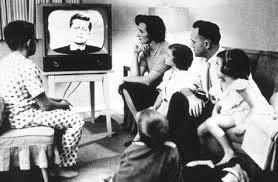 Last week I tuned in to what seemed like an episode of a soap opera gone mad.

Reminiscent of the consternation when they first aired Big Brother, it was completely and utterly outrageous what they had managed to show to the Australian public. Yet, everyone watched it. You had to be in a cave to miss it.

Although it is not uncommon for the writers to build twist upon twist in such TV shows, there are limits to what you can serve the public. There is only one rule: It should not lose its link with reality. At least not completely. All turn of events should at least have some credibility and should be something the viewer can relate to. This can be long lost twins, or triplets even, unexpected reincarnations, or main character surviving the most lethal of accidents without a scratch, twice.

Nevertheless, I thought this time the scriptwriters for this show had gone one step too far. Apparently, I was not alone in this as this episode caused quite the media attention. The main characters were all over the front pages of the morning papers and featured in every news items on TV, radio and the internet. The episode received predominantly scathing reviews by commentators questioning what were to happen with the show. However, the main characters were quick to dispel any rumours of cancellation.

In facts, the lead character causing all this consternation, reasoned that it was a necessity to dispose of Julia Gillard the way they had in order to save himself, the Labour government and the Australian people (in that ranking order).

Not that these words ever crossed Kevin Rudd‘s lips but knifing the Prime Minister 10 weeks months before the next election was bittersweet payback for when she had done the same to him in 2010. This was because he was wildly unpopular within his own party and cabinet. Sadly for Julia, she is apparently so bad that her own party rather sees Kevin back in the job. Kevin agreed to the job offer because if there is one thing Kevin likes more than himself, it is being Prime Minister.

However, with all this tumult within the government and the Australian Labor Party, the leader of the opposition, Tony Abbott has a real chance of becoming the next Prime Minister of Australia. This is as long Tony holds his mouth shut leading up to the election, because whenever he opens it, he puts his foot in it and nosedives in the polls.

Coming soon: The 2013 election will have more drama, unexpected twists and a plethora of emotions than an episode of Days of our Lives, Home and Away or Neighbours. Guaranteed.

You should definitely watch it too. Australian Politics, the best Aussie TV show. Stranger than fiction.